Retrieved from the American Kennel Club

General Appearance
The Newfoundland is a sweet-dispositioned dog that acts neither dull nor ill-tempered. He is a devoted companion. A multipurpose dog, at home on land and in water, the Newfoundland is capable of draft work and possesses natural lifesaving abilities.
The Newfoundland is a large, heavily coated, well balanced dog that is deep-bodied, heavily boned, muscular, and strong. A good specimen of the breed has dignity and proud head carriage.
The following description is that of the ideal Newfoundland. Any deviation from this ideal is to be penalized to the extent of the deviation. Structural and movement faults common to all working dogs are as undesirable in the Newfoundland as in any other breed, even though they are not specifically mentioned herein.

Size, Proportion, Substance
Average height for adult dogs is 28 inches, for adult bitches, 26 inches. Approximate weight of adult dogs ranges from 130 to 150 pounds, adult bitches from 100 to 120 pounds. The dog's appearance is more massive throughout than the bitch's. Large size is desirable, but never at the expense of balance, structure, and correct gait. The Newfoundland is slightly longer than tall when measured from the point of shoulder to point of buttocks and from withers to ground. He is a dog of considerable substance which is determined by spring of rib, strong muscle, and heavy bone.

Head
The head is massive, with a broad skull, slightly arched crown, and strongly developed occipital bone. Cheeks are well developed. Eyes are dark brown. (Browns and Grays may have lighter eyes and should be penalized only to the extent that color affects expression.) They are relatively small, deep-set, and spaced wide apart. Eyelids fit closely with no inversion. Ears are relatively small and triangular with rounded tips. They are set on the skull level with, or slightly above, the brow and lie close to the head. When the ear is brought forward, it reaches to the inner corner of the eye on the same side. Expression is soft and reflects the characteristics of the breed: benevolence, intelligence, and dignity. Forehead and face are smooth and free of wrinkles. Slope of the stop is moderate but, because of the well developed brow, it may appear abrupt in profile. The muzzle is clean-cut, broad throughout its length, and deep. Depth and length are approximately equal, the length from tip of nose to stop being less than that from stop to occiput. The top of the muzzle is rounded, and the bridge, in profile, is straight or only slightly arched. Teeth meet in a scissors or level bite. Dropped lower incisors, in an otherwise normal bite, are not indicative of a skeletal malocclusion and should be considered only a minor deviation.

Neck, Topline, Body
The neck is strong and well set on the shoulders and is long enough for proud head carriage. The back is strong, broad, and muscular and is level from just behind the withers to the croup. The chest is full and deep with the brisket reaching at least down to the elbows. Ribs are well sprung, with the anterior third of the rib cage tapered to allow elbow clearance. The flank is deep. The croup is broad and slopes slightly. Tail--Tail set follows the natural line of the croup. The tail is broad at the base and strong. It has no kinks, and the distal bone reaches to the hock. When the dog is standing relaxed, its tail hangs straight or with a slight curve at the end. When the dog is in motion or excited, the tail is carried out, but it does not curl over the back.

Forequarters
Shoulders are muscular and well laid back. Elbows lie directly below the highest point of the withers. Forelegs are muscular, heavily boned, straight, and parallel to each other, and the elbows point directly to the rear. The distance from elbow to ground equals about half the dog's height. Pasterns are strong and slightly sloping. Feet are proportionate to the body in size, webbed, and cat foot in type. Dewclaws may be removed.

Hindquarters
The rear assembly is powerful, muscular, and heavily boned. Viewed from the rear, the legs are straight and parallel. Viewed from the side, the thighs are broad and fairly long. Stifles and hocks are well bent and the line from hock to ground is perpendicular. Hocks are well let down. Hind feet are similar to the front feet. Dewclaws should be removed.

Coat
The adult Newfoundland has a flat, water-resistant, double coat that tends to fall back into place when rubbed against the nap. The outer coat is coarse, moderately long, and full, either straight or with a wave. The undercoat is soft and dense, although it is often less dense during the summer months or in warmer climates. Hair on the face and muzzle is short and fine. The backs of the legs are feathered all the way down. The tail is covered with long dense hair. Excess hair may be trimmed for neatness. Whiskers need not be trimmed.

Color
Color is secondary to type, structure, and soundness. Recognized Newfoundland colors are black, brown, gray, and white and black.
Solid Colors--Blacks, Browns, and Grays may appear as solid colors or solid colors with white at any, some, or all, of the following locations: chin, chest, toes, and tip of tail. Any amount of white found at these locations is typical and is not penalized. Also typical are a tinge of bronze on a black or gray coat and lighter furnishings on a brown or gray coat.
Landseer--White base coat with black markings. Typically, the head is solid black, or black with white on the muzzle, with or without a blaze. There is a separate black saddle and black on the rump extending onto a white tail.
Markings, on either Solid Colors or Landseers, might deviate considerably from those described and should be penalized only to the extent of the deviation. Clear white or white with minimal ticking is preferred.
Beauty of markings should be considered only when comparing dogs of otherwise comparable quality and never at the expense of type, structure and soundness.
Disqualifications-- Any colors or combinations of colors not specifically described are disqualified.

Gait
The Newfoundland in motion has good reach, strong drive, and gives the impression of effortless power. His gait is smooth and rhythmic, covering the maximum amount of ground with the minimum number of steps. Forelegs and hind legs travel straight forward. As the dog's speed increases, the legs tend toward single tracking. When moving, a slight roll of the skin is characteristic of the breed. Essential to good movement is the balance of correct front and rear assemblies.

Temperament
Sweetness of temperament is the hallmark of the Newfoundland; this is the most important single characteristic of the breed.

Disqualifications
Any colors or combinations of colors not specifically described are disqualified.
Home
Subscribe to: Posts (Atom) 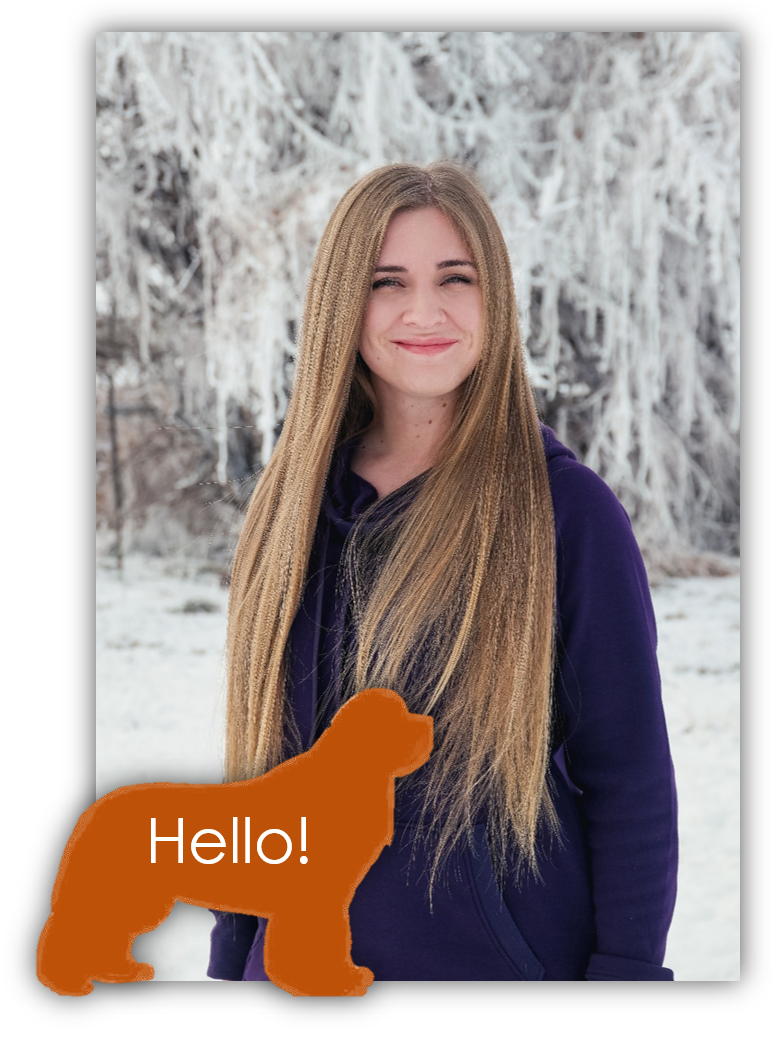 I am Brandee Likes. I am a proud owner of happy and social Newfs. This website is committed to my passion, Newfoundlands!! I hope you enjoy your visit to East Idaho Newfoundlands! If you have any questions please contact me. 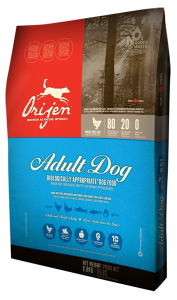 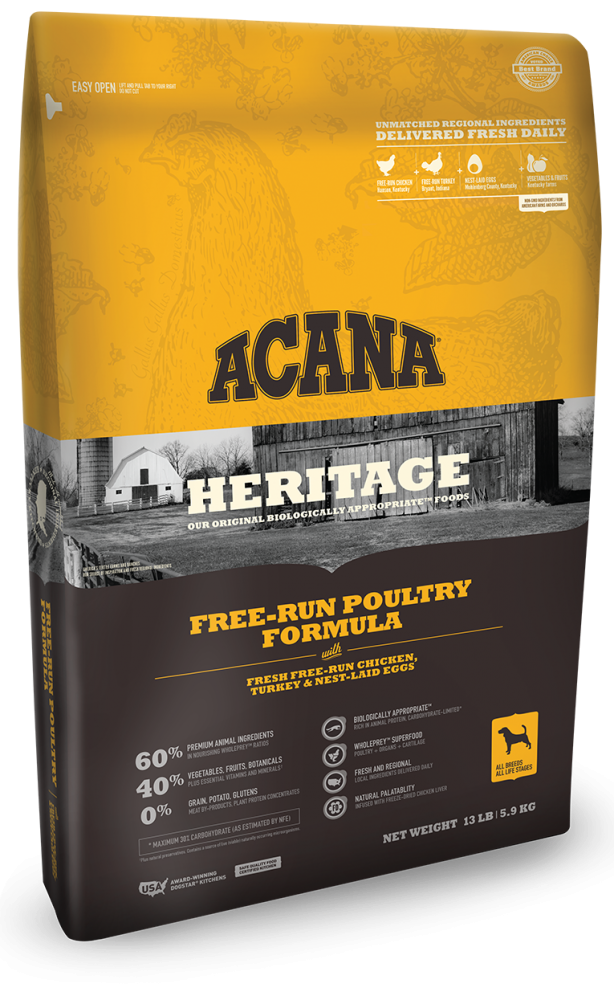 We will always strive for perfection. Each puppy that leaves our home, will have a complete health guarantee and socialization. Family is the most important part in our life. Our dogs are a part of our family, we would like to make one a part of yours.

1. Breed for health, the breed standard, temperament, and intelligence.
2. Provide and find loving FOREVER homes.
3. Always be highly selective on breeding stock.
4. Keep updated and informed on each puppy we sell.
5. Always be available for any question.